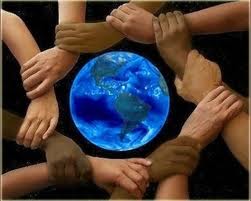 Whew, what a weekend ! This past weekend I was challenged in a few ways that made me more uncomfortable than I've been in a while.  But the journey nevertheless was amazing.
I have some polyps on my vocal cords.  My Dr. told me that it was nothing serious, however I need vocal rest OR ELSE, if they're not gone in 6 wks we'll have to talk about "other options", he said.
"I have a 4 hour gig coming up in a few days", I told him.  He paused. I could see by the worried look on his face that I was really pushing the envelope here.  Flirting with foolishness & the threat of surgery. I really hate to cancel a gig.  I enjoy it, my fans enjoy themselves, & like everyone else in the lower middle class, I have bills that need to be paid.
I consoled him (& myself) that I'd get some help. That I'd invite friends to play & that I would extend my guitar solos to take up more time.  I secretly hoped it would work out that way, however, as musicians ( & the bomb squad) know, there are never ANY guarantees. He agreed with a nervous laugh, not very reassuring I thought.  He smelled my fear. It wouldn't be the first time someone thought me a nut.
Well I sent out invites & the eve of the gig had started slow.  I figured I'd tread water , feel the fear and do it anyway.  The Universe would provide & worse case scenario I go silent for the rest of the week to make amends if I ended up singing the whole gig that night.
Thankfully, gradually friends & fans began to show up & the musical support was awesome.  Chris Moore a local friend & artist from Brockport NY was the first to step up. 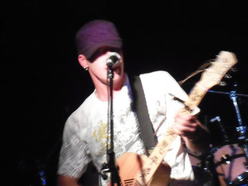 I was so very grateful & incredibly touched by the support of such good musician friends. Those that were there to listen were also very supportive of my slightly less growly vocals (especially while singing Janis:) & they were wonderfully supportive of the guest artists.  Those who stayed till the end helped me wrap up equipment & load the car. My least favorite part of the gig.
I slept in peace like a rock that night. Remember I'm a bit " 'round the bend" , having been doing this for more than a few decades now. I was thinking I'd rest the voice over the next few days & all is well with the world. As luck would have it the next day I was taxi Mom, running around quite a bit & tired. The shopping malls fluorescent lites making me agitated, driving, walking, driving some more.
I finally got home @ 4pm ish, slipped in to something more comfortable, sat down on the couch, pulled my warm Mexican blanket up over my legs on the way to my shoulders & the phone rang.  I wasn't going to answer, but they continued to call on both phones so I knew it had to be trouble.
It was a friend needing assistance. I got dressed again, and flew out the door. Suffice it to say that what could've been a bad situation turned out with a happy ending.  Everyone , strangers included, from diverse backgrounds, pitching in to help this friend in need, who's house had been broken into.      No entry or theft, just a brick, a lot of broken glass & trash strewn everywhere.  Even the kids were helping.  Disclosure; I had to do a lot of wrangling to get them to help. So my voice was worse for the wear, aarrgggh......
The group effort to help someone, people coming together once again, really hit home for me.  The next day wasn't much calmer. However when that days challenges presented themselves, all I had to do was to look back at the few days prior  & reflect on a small group of  amazing human beings here & what had transpired. The ripple effect couldn't help but affect my attitude, as tired as I was, in a positive way.
You see these were not life or death or dramatic situations which would've been a clear choice to help for most.  These were situations some would've found annoying or yucky (nasty trash) & could've easily been shrugged off, yet these folks were willing to be of service on a weekend no less.
Humans are truly amazing people & if treated respectfully will do unto others as has been done unto them, most of the time.  Even if treated badly there are those that will continue on doing good deeds without reward or need for recognition, nurses & public servants come to mind.
My faith was reaffirmed this weekend & I'm honored, grateful & wanted to recognize the truly good people & energy in my life. I'll do my part, & pass on the energy that I was privileged to be a part of this weekend. 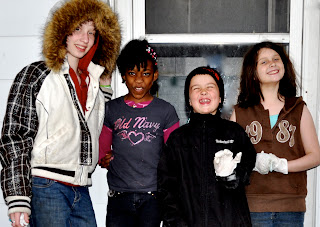 Another disclosure; I did promise the kids a reward. I'll be bringing back a few gallons of various varieties of ice cream on my next visit.

Posted by Deborah Magone at 7:19 PM No comments: