Full Moon on Friday the 13th 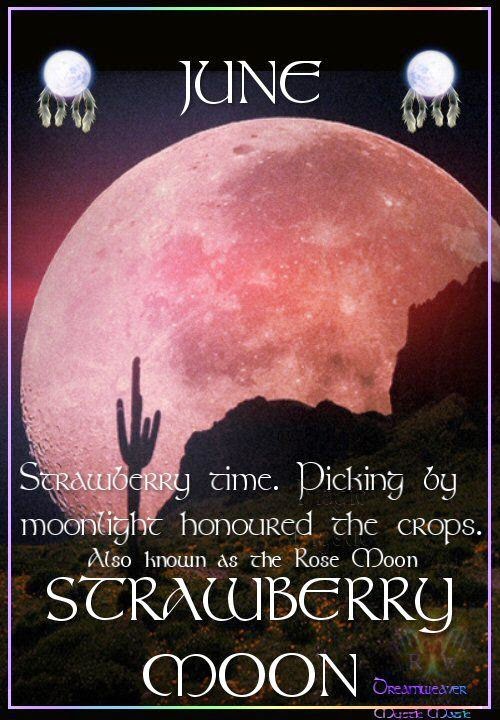 People are asking me about todays convergence and along with my own following thoughts , this was the best and easiest to find metaphysical outlook on todays convergence that I , as an intuitive reader, mostly agree with  http://cherokeebillie.wordpress.com/2014/06/10/strawberry-full-moon-friday-june-13-2014/ .
While the number 13 I've found is seen as "lucky" in some cultures like Italy, it is feared in others so it's often relative to what you make it.
In numerology it can tell you things about your own journey if it's a part of your birth number.  You may be working on 1 Creativity and Confidence, or 3 being about Expression and Sensitivity or both! So You may want to think about those qualities in regards to your experiences right now.
However , I've found that the full moon is definitely something to be alerted to. The gravitational pull affects the huge masses of water on our planet with the changing tides, so how could we not believe that it would affect us as puny humans made up of mostly water ?
The first time it was very noticeable was as a body guard and nightclub bouncer in my youth. The entire security team knew that when it was a full moon, we were to wear clothing that we didn't mind losing that night at work, because it was guaranteed to be a raukus night with a fight, proved over and over again. My police, emergency room, and medical institutional  friends will tell you the same. I can tell by the amount of flashing lights and sirens I see in one day in my travels, that its a full moon.

Now regarding todays special convergence of Friday the 13th and the Full Moon. The last week or so I've been having huge frustration with being "stuck," physically, creatively, and emotionally. Wondering what the hell am I here for ?!  However, creatively I'm at an all time high. I've just been unable to express it! Every tool I've been touching , my phone, the computer has been "blocked," freezing, or preventing me from getting things done and out to the world. I also just realized that recently government and the FCC has been trying to restrict use/ access of the internet to only those who can afford it. More expression being blocked.
I've had to "clean out" and empty my phone and start over because it just stopped allowing me to text and take pictures or video (all forms of expression:) . I couldn't even back it up because I may be transferring a bug to my back up file ! So I had to just let go of everything.
I've been cleaning my computers of trash ALL week , letting go of old stuff, in order to have space to edit music videos (expression) because Final Cut Pro just would not function without more disk space. I've been hearing from others who've also been having similar experiences.
So it seems to be a clearing out of the old things and habits to allow space for the new, including mental attitudes and awareness, going inward and cleaning as well.  Like the convergence has caused a massive, magnified Spring cleaning, inside and out,...OR ELSE! kind of situation.
It's also about HOW WE REACT.  If I didn't have a patient, understanding attitude about it, my computer would have been thrown out the window a few days ago, and I would've been bald pulling my hair out, believe me. Instead, I saged when it all started, and just began a whole new (albeit temporary) relationship with caffeine to help me sit up longer and get thru the cleaning. At the same time I started sitting still for longer periods and reading more while waiting for the trash to empty from my computers, Final Cut files to render etc. Focusing on "thoughtful things."
Be patient, focus on and manifest the positive no matter how small, while getting thru the muck. Get out in nature and breathe deeply. Take time to just sit and BE everyday. Even the CEO of LinkedIn takes 30min breaks to just sit and think, multiple times during the day, I just read.  If you resist and get impatient or angry you will attract negative people and situations, illness, accidents. I know this is common advice for some of you, but I do believe the full moon causes a physiological reaction, like pulling on the ocean waves, that always magnifies it.
Its about YOU and your trash, your baggage, and lightening your physical, emotional , spiritual journey now more than ever. Learning that stuff , whether its material things or old unhealthy mental habits that are no monger serving you, aren't as important as they used to be.

Check out this article by Cherokee Billie and the Native American Cleansing I found today. I saged last week in my house as the craziness began. Like religious prayer it puts the positive intentions and energies out there. Words and thoughts are things that can make or break your day! Wishing you Peaceful transitions this Full Moon - Friday the 13th. Happy cleaning !

Here's a book I checked out this week from the library. Things some of us already know but need to be reminded of occasionally, for your health's sake.
http://gregmckeown.com/essentialism-the-disciplined-pursuit-of-less/
Posted by Deborah Magone at 6:40 AM No comments:

Posted by Deborah Magone at 8:50 AM No comments:

Posted by Deborah Magone at 11:09 AM No comments: