Help The Deborah Magone Band Get to the LA Music Awards !

SO its nearing time to go to  the LA MUSIC AWARDS ! I've had a difficult time with this last part of our fundraising.  Its very hard, because of my conditioning growing up, to ask for money.  But as I've grown older I realized it's an energy and we're here to help each other when we can & that there's actually abundance everywhere if we could just allow it. 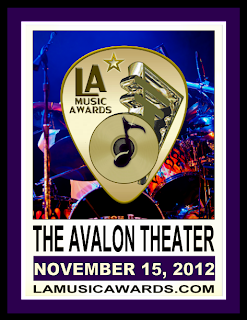 The purpose of this campaign is to ask you to help us get the entire Deborah Magone Band from Rochestser, NY to Hollywood, CA so we can attend the prestigious Los Angeles Music Awards where we've been asked to perform & will be recognized for my cd Alternate Realities !
I’ve been singing & playing music most of my life, I’m very passionate about it. I’m also a mom, a wife, a student, a senior caregiver, however my primary profession is musician, singer, & songwriter since 1978.
I truly believe that music is a global language, a healing force that can be used for much good in the world. I write & play music with a message to rock my listeners & bring a message of love, playfulness, hope, & healing to a global audience. I often find fans telling me that I'm singing about things that they feel and think deeply about.                                                                                                                                                I went to Hollywood in the 1980’s to pursue a music career.  I made some wonderful friends,played w/  Grammy award winning musicians, did a little acting & teaching to support my music ,met my husband, & started a family.  Then I left LA with unfinished goals to come home to Upstate NY to rejoin our extended family & care for aging parents..                                                                                                                                              Last year I finally created my first all original cd called “Alternate Realities. “ A huge milestone for me at 52!  It’s a blues rock cd that kicks you’re arse, lifts you up, & speaks to the human condition. It’s been getting great reviews & it was up for Grammy consideration last fall! This year my new music video “It’s All About Money” will be up for Grammy consideration as well.
I’d been searching for more ways to bring my music to a wider live audience & as a result I’ve been given a wonderful opportunity !  My new cd " Alternate Realities " has been nominated for Best Rock Album & my new music video “It’s All About Money” for Best Rock Video at the LA Music Awards in Hollywood, California in November , next month!   I’ve also been awarded  “Producers Choice Award for Best Female Rock Musician 2012!” Stevie wonder will be the guest of honor among other distinguished guests.
My band and I have been asked to play at this prestigious event being held at the Avalon Theater . Only 7 out of tens of thousands of acts who applied , will be allowed to perform !  This event will be packed with the people & the opportunities that will allow me to follow my dream of  becoming a successful global recording artist !
There’s an amazing but weird twist of fate here, in that the Avalon theater was where I worked as a front door bouncer to help pay my rent , when I first went to Hollywood. It was called the Hollywood Palace back then. I used to dream about playing that stage while standing at the front door , getting abused by the often drunk customers & gazing in to the club thinking ‘one day that’ll be me’. To come full circle this way & to even think about walking in to that lobby again & performing on that stage for the music awards after 20 yrs is pretty astounding.
YOUR CONTRIBUTION
A  contribution of any amount is incredibly appreciated & anything you can give will help to make this dream a reality & WE Thank YOU!
We’ve come up with different levels of donation, but please feel free to donate any amount you wish.  Every dollar gets us one step closer. We have what we think are some great incentives, including downloads,  merchandise, personal performances, handmade jewelry & for the top level contribution a seat at DMBands table at the LA MUSIC AWARDS! I will be documenting my return to the "Palace Theatre" so we will also offer dvd copies of that experience.
Money will be used for travel expenses, plane tickets, van rental, gas, accommodations, food , equipment insurance & rental for 7 people for 4days.
I’ll be donating 10% of anything we receive over our $6,000 goal to the orphans of war. The rest of any money beyond our goal will be used to begin recording the next cd of “music with a message.”
We Thank You from the bottom of our hearts ! ❤
Sincerely,
The Deborah Magone Band:
:Deborah Magone, Jimmy Whitaker, James Wright & Greg Andrews! - Roch.,NY

Posted by Deborah Magone at 4:46 AM No comments:

Download my FREE App for Androids NOW !! Its verrry cool ! My music at your finger tips!    http://www.reverbnation.com/mobile-app/246255/deborahmagone

I thought WOW this is a great way to have us within your personal reach for FREE.  "Deep In Your Heart" written by Bob Russel & myself is for sale as a single release this past year on CDBaby, but now YOU can get it FREE along with "Queen Bee" & " It's All About Money" the new music video up for 55th GRAMMY consideration & LA Music Award nomination,with this Reverbnation mobile app ! I could only afford the android app this year, unfortunately Apple is much too expensive to create right now so apologies iPhone users :).
Download it, check it out, spread the word, & let me know what you think!

Posted by Deborah Magone at 2:48 PM No comments:

Sully's Brickyard Pub: HIRE MY HERO Launch: Call Cap'n Dan @ 755-5522 The secret is out! A new trusted directory, listing Fire Fighter owned businesses and tradesmen, is about to b...

I'm back at Sully's, acoustic solo !

Posted by Deborah Magone at 12:31 PM No comments: